I have been dancing from home rather than attending classes for various reasons, and have been doing a great deal of experimentation, including changing the order of the traditional classical ballet barre and in doing more proprioceptive work (eyes closed and work for balance). Things are really beginning to pay off. I decided to do my usual barre work in the centre (except for Plies and ronds de jambe) and noticed I am now using both legs much more equally and that there is much greater control and sense of balance. Height might have reduced in some extension work, but there is a compensatory strength and control which is much more important, and flexibility is there, but I can't cheat in the centre!

Amongst the relevations of improved strength and control I noticed a new sensation in and around about T8 where I had feeling in that section of my spine for the first time, giving me extension at that level, but also greater functional support in that level for my arms. Actually the area felt sore - but I see that as an encouraging awakening of a new area of my body which will finally relieve pressure from C-spine and particularly traps. 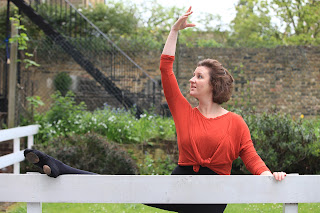 I am still doing plenty of core stability work and have been on a few runs, increasing my length of run each time as I have had to build up again post-surgery. I am also very tired, but sleeping better again for the first time in a long while. I need my stress levels to reduce as my cholesterol is now very raised - for the first time in several years. This is a surprise as my diet hasn't really significantly changed, so stress is probably the culprit (GP to verify).
Posted by Isobel at Monday, July 23, 2012

I like western Dance and Instrumental Music.
Dance Lessons Online

repaglinide 1 mg is employed along with diet and exercise to further generate glucose control in grown-ups with type 2 diabetes mellitus. This medication isn't for dining type 1 diabetes. It might likewise be utilized for senses not recorded in this medication guide. The tablets are taken before feeds, any time from 30 minutes before a feast to not long before the supper. Assuming you skirt a supper, you like to avoid its portion.